How to go Cashless in Thailand

Posted over 3 years ago in Lifestyle. Tagged with: Banking ( permalink )

Going Cashless aka with digital money is the new hype! It's "kind of safer" alternative to be on the move with regular cash. Convenience and being hassle free is the main selling point of going Cashless! Governments and big enterprises are working to build a Cashless society everyday.

Here I'll outline how I went Cashless in a new City from some hundred dollars bills. Money related things I carry in my wallet for day to day usage:

Applications on my Smartphone

I do not carry any debit card or a big chunk of Cash unless absolutely necessary!

From groceries to bigger purchases I try to pay it off with the Credit Card. For bigger payments if the company offers 0% installment, sometimes I'd grab that. In the process bank gives me some points which I can convert to airline milage or pay off another purchase. It's "almost" a win win situation.

Except when the merchant won't accept a card easily. Some merchant would charge plain 3% fee for paying with Card. Sometimes I'd pay even with that. But a lot of time I'd go with other ways. And some merchants (like 7/11) would accept Card only if the bucket size is over ฿300.

Some shops won't keep a POS machine to avoid the bank charges, but accept bank transfer / PromptPay1. In those cases I'd just pay it with PromptPay.

For some very small payments, like paying for a juice/tea, I sometime use the Rabbit Card.

I live by a BTS and my office is also beside a BTS. As a result majority of my traveling is on the BTS system. I normally get a 30 days, 50 trips pass with my Rabbit Card. When I'm refilling my Card, I also tend to add some extra balance to the card. This keeps my per trip cost to ฿26-฿41. Also I can pay for some small payments with the Rabbit Card. A lot of places accept the Rabbit Card other than BTS, including upscale super shops like Gourmet Market.

When the commute is a bit shorter on BTS (like 1-2 stations, which would cost below ฿25) I sometimes get a onetime pass if I have time. I pay for with with Rabbit LINE Pay app.

Sometimes I get on a Bus/MRT. I also use bike taxi when I'm in hurry (like Jummah time every Friday). In those cases I pay with Cash. BRT accepts the Rabbit card as well.

I don't get on a Taxi normally.

Most of the Utility bills comes with a unique QR code, which I can scan with any Bank's mobile app and pay it.

For electricity bill payment, I use the MEA Smart Life app. I pay it with the Credit Card.

Water bill, I paid with the Bank mobile app.

For mobile bill (AIS), first time I used Rabbit LINE Pay as they had some discount. Last month I paid it with Card.

For Internet bill (True), I used their iService app and paid with Card.

I really don't like carrying Cash or Changes, specially in Thailand. Here up to ฿10, it's all coins, bank notes starts from ฿20. And trust me it adds up very soon and makes you a big coin collector!

Still some places you'll need some Cash / Changes. Most frequent ones are street food vendors. 7/11 also don't accept card for smaller payments. There are some other places like open markets, local groceries, shopping center parking lots. For these places, I need to carry some cash, ideally less than ฿500.

Still I won't carry a Debit Card. If I need to take out some money from the ATM, I use the mobile app from the Bank. It works smoothly!

I also try to spend the coins as much as possible. For the ฿1 ones I use them at the water dispenser or any other automated coin collecting machine!

If you have any other points, please let us know below.

About Author
Babar Al-Amin aka HangryDev is a Ruby |> Elixir Programmer , working for more than 6 years. He loves to work on Unix-based systems and learn new things. Occasionally he writes on this blog, travels, and cooks! Lives in Berlin, Germany. . Follow him on Twitter (@HangryDev)or on GitHub . You can also catch him for a chat .

What's on your mind?

My Experience with Thai Banking System

Posted over 3 years ago in Lifestyle. Tagged with: Banking ( permalink )
Earlier I only had experience with Bangladeshi Banking system. Comparing to that Thai Banking is quite fast and efficient. If you don't speak any Thai, you'd be better off at branches in popular shopping malls. There it's comparatively easy to find decent English speaking banker. 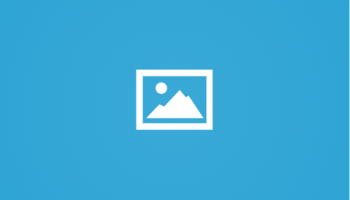 Serve your SaaS customer domains over HTTPS for FREE

Posted about 3 years ago in SysAdmin. Tagged with: ( permalink )
When we started to deploy our SaaS platform for the first time, we were given an estimation of max 10 clients. So we decided to invest less time into our DevOps automation. Business decision was to onboard every client manually.